A recent study on the consumption of purple potatoes, which are rich in anthocyanins, has found that they can have an effect in improving arterial stiffness in healthy adults.

The study, which was reported on in this NutraIngredients article found that 200g per day of the potato variety Purple Majesty could lead to reductions in pulse wave velocity (PWV) following a two-week testing period.

As Purple Majesty potatoes are relatively inexpensive and commercially available in the UK, they could act as a viable way of securing more antioxidants through diet for a large proportion of the British population.

Not only is magnesium linked to a healthier BMI but a recent article called Study shows magnesium optimizes vitamin D status has found that that the mineral has further reaching health benefits. 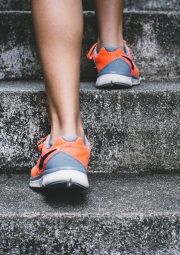 Martha Shrubsole, PhD, said of the findings, “The precise molecular mechanism is not clear. One possible explanation is that magnesium supplementation affects both vitamin D-activating enzymes and vitamin D-deactivating enzymes.”

While the Mediterranean diet boasts numerous health benefits, it has recently been discovered that it also has an effect on endurance exercise.

The study by Saint Louis University, as reported in this article by Science Daily found that, when compared with a Western diet, participants ran six percent faster over a 5k distance. While the study found no difference between the two diets in anaerobic exercise tests, its findings do go some way to prove the research team’s hypothesis that the diet’s anti-inflammatory and antioxidant effects, teamed with more alkaline pH and dietary nitrates could lead to improved exercise performance.