A study from Japan’s Kao Corporation, as published in Nutrients, has found that chlorogenic acids, found in coffee, may have a positive impact on cognitive performance and motor speeds. The study involved 38 healthy participants over a 16-week period and tested the impact of supplementing their diet with 300 mg of chlorogenic acids (CGAs) per day.

The findings suggest that after the 16-week period of testing, psychomotor speed improved. In addition to this, blood analysis showed increased levels of apolipoprotein A1 (apoA1) and transthyretin (TTR) protein, where low levels of these proteins are considered biomarkers for early-stage cognitive decline.

Following a report that found that the UK ranks as the eighth worst for fruit and vegetable consumption in Europe, more than 80% of 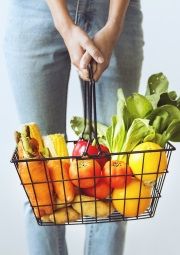 the UK grocery market has made a commitment to attempt to reverse these figures by backing the Peas Please initiative.

As reported in Food Navigator’s article ‘Feeding the world and saving it’, the initiative sets out to bring together UK farmers, retailers, fast food and restaurant chains, caterers, processors and government departments to make it easier for the wider public to consume vegetables.

Following our recent report covering student diets, another study has found that young people are drinking less alcohol, with many opting to not drink alcohol at all.

The study More young people are choosing not to drink alcohol, reported in Science Daily, found that the percentage of 16-24-year-olds who don’t drink alcohol increased from 18% to 29% between the years 2005 and 2015. Researchers reported that they believe this is due to the fact that there is an increasing number of people who have never drunk alcohol in the first place.