A recent article published in Medscape looks at the potential health benefits, as well as the possible negatives, of drinking tea. Looking at the role of polyphenols and their antioxidant properties, the article lists some potential benefits of tea drinking including its effects on oxidative stress and its anti-inflammatory properties.

Despite the concerns around tea and its caffeine content, the concerns centre around caffeine itself rather than tea as a source.

The article cites many studies and research papers that assert the benefits of drinking tea but concludes that, despite the numerous studies, more research needs to be done on the different types of tea, their brewing methods and their effects on a more diverse group of subjects.

What we eat could impact our brain health

A team of researchers in Iowa State University's Department of Food Science and Human Nutrition have looked at the satiety hormone Cholecystokinin (CKK) and its relationship Alzheimer’s disease.

The findings, which were discussed in Science Daily’s article “What you eat could impact your brain and memory“ suggest that the chance of someone having mild cognitive impairment or Alzheimer’s disease decreased by 65 percent the higher their levels of the hormone.

The researchers found that p-tau and tau proteins also have an impact where, as tau levels increased, higher CCK levels were no longer related to reduced memory decline. 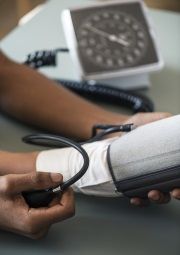 Could zinc deficiency and high blood pressure be linked?

A recent study, as published in Medical News Today, suggests that there is a relationship between zinc deficiency and blood pressure. As sodium absorption plays such a vital role in moderating blood pressure, the sodium chloride transporter (NCC) in the kidney is particularly important. This is because, when the NCC is too active, it pumps more sodium back into the body, then the urine removes less sodium and blood pressure rises as a result.

While the study was non-conclusive, it did show that NCC activity is altered by the presence of zinc where NCC activity increases when zinc levels are lower, having a knock on effect for blood pressure.

This week’s nutrition news has covered a whole host of different nutrients and their impact on our body. Share your thoughts on the findings with us on Facebook and Twitter.