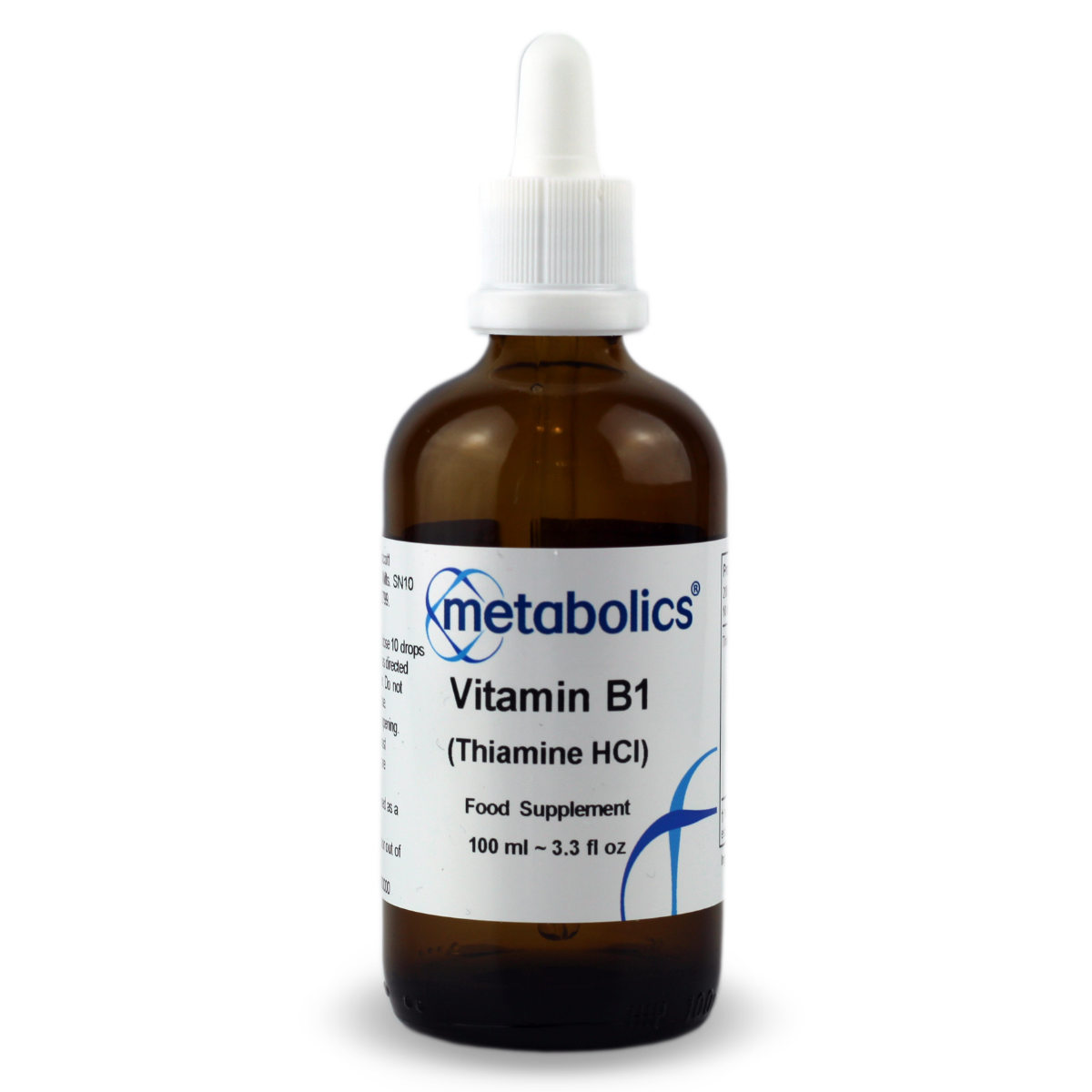 Vitamin B1 is also known as Thiamine and is one of the 8 B vitamins.

Vitamin B1 is also known as Thiamine and is one of the 8 B vitamins. In common with all the B vitamins it is water-soluble and so the body does not store it. Depletion can occur within 14 days.

Metabolics Vitamin B1 is in the form of Thiamine Hydrochloride, one of the forms that occur in the human body making it readily available.

What does Vitamin B1 do?

STORAGE
Store in a refrigerator out of reach of children.