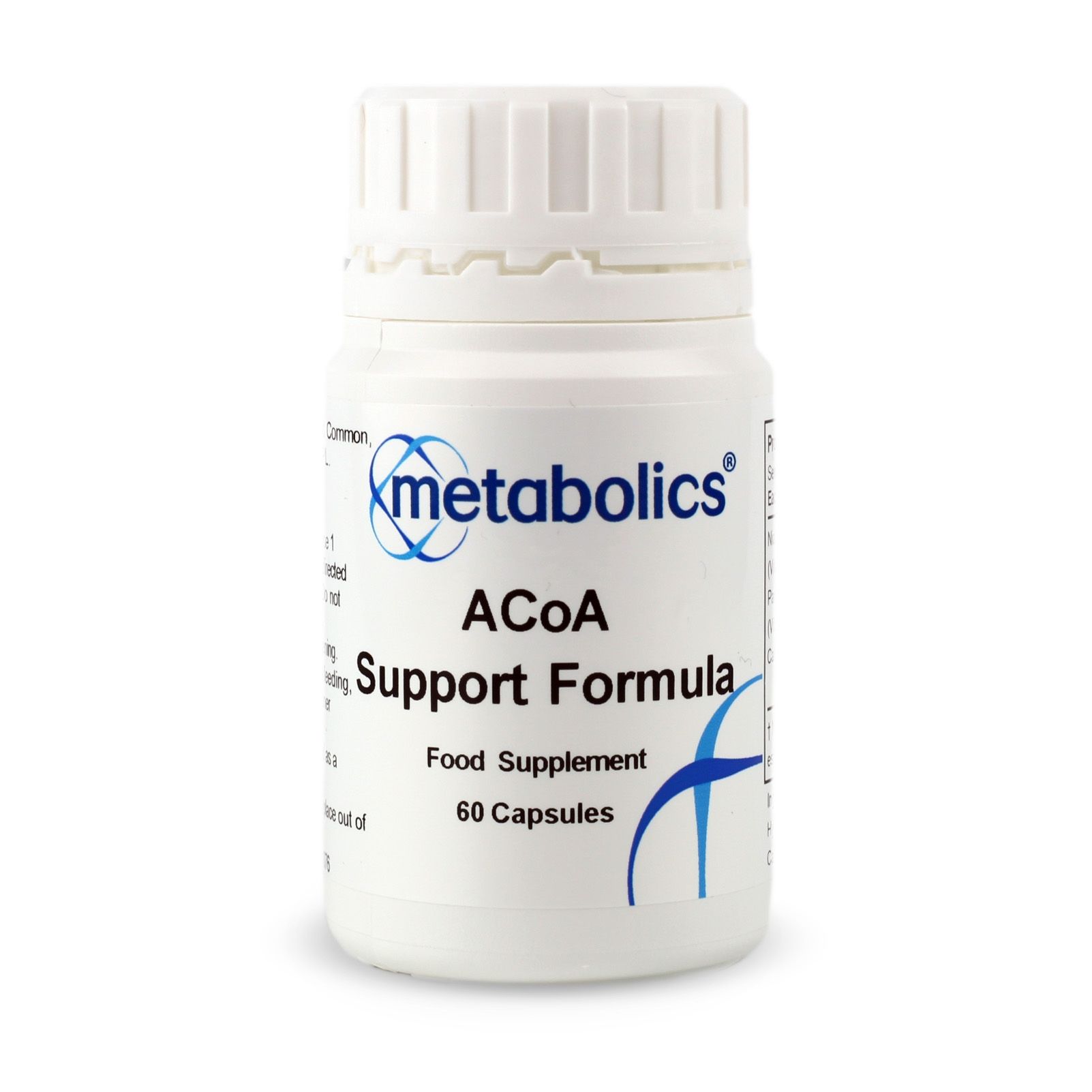 Acetyl Co A factors is now replaced with ACoA Support Formula, a superior formula incorporating all the ingredients needed in the production of Acetyl Co A.

Acetyl Co A factors is now replaced with ACoA Support Formula, a superior formula incorporating all the ingredients needed in the production of Acetyl Co A, notably the addition of pyruvate. This is why it is commonly taken by sports people to ensure adequate building blocks for energy production.

What is Acetyl Coenzyme A?

Acetyl Co A is an important molecule in metabolism. It begins the Kreb (citric acid cycle), releasing ATP (energy) and forming carbon dioxide and water. It is important to have enough Acetyl CoA to feed into the citric acid cycle to provide energy.

How is Acetyl Co A made in the body?

Pyruvate, (either supplied by the formula as Calcium pyruvate) or manufactured in the liver from glycolysis is transported to the matrix of the mitochondria where it combines with Coenzyme A (a major component of which is pantothenic acid (supplied by Calcium pantothenate in the formula ,29mg B5) or from the diet. The reaction to make Acetyl CoA  also requires NAD – converted in the cells from  niacinamide ).

Summary: Pyruvate is degraded and combined with Coenzyme-A to form acetyl coenzyme A; hydrogens are released reducing NAD to NADH, along with carbon dioxide.