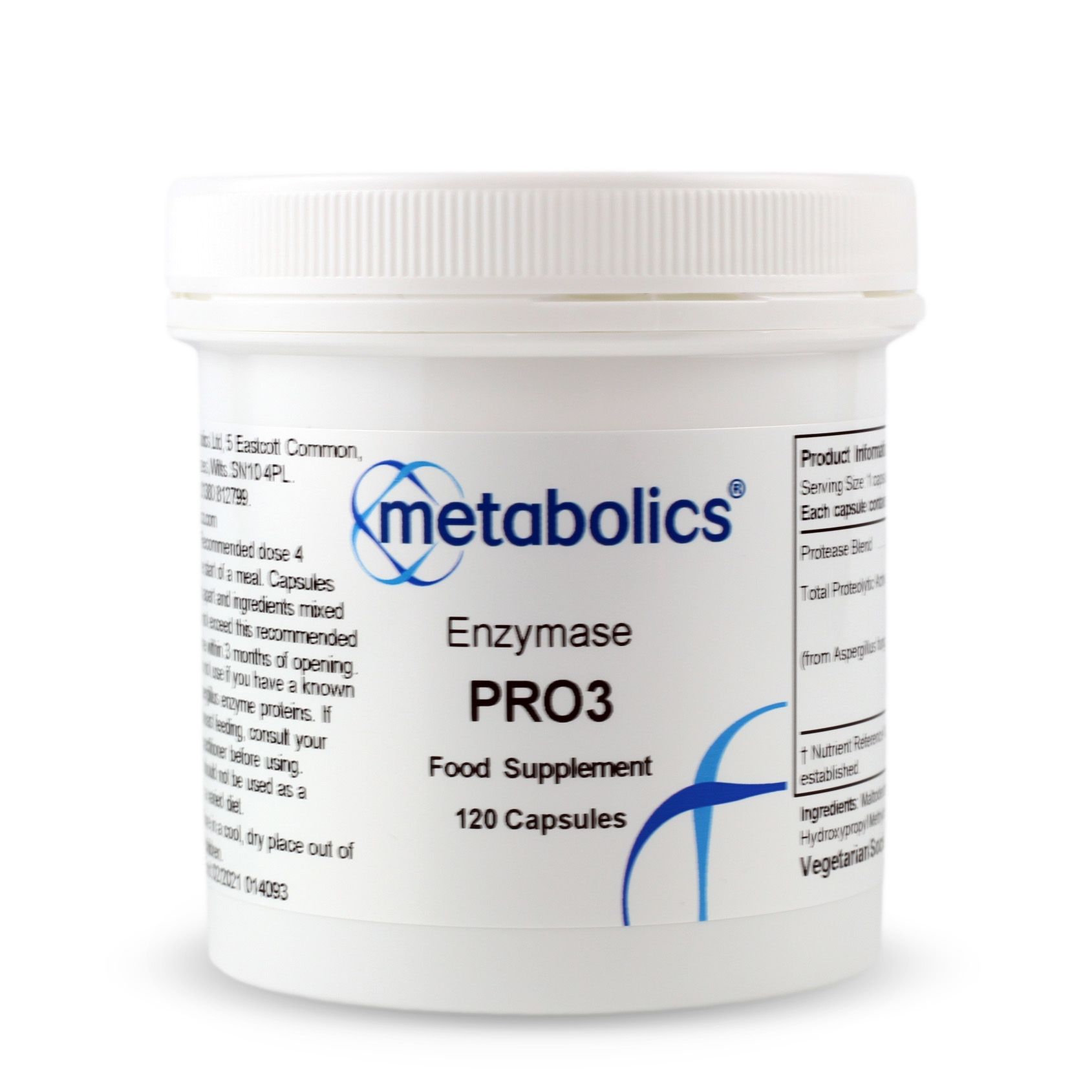 Gluten, quite simply is the sticky part of cereal containing foods, particularly wheat, rye and barley. It gives dough its elasticity and bread products their chewy texture. In fact the word “gluten” comes from the Latin word for glue. Gluten is hard for some people to digest and if undigested can result in bloating, flatulence and in non celiac gluten sensitive individuals, memory, joint or autoimmune problems. Gluten sensitive individuals should avoid Gluten for optimum health but this isn’t always possible, and gluten is often hidden in foods that restaurants may be unaware of as thickeners, soy sauce, seasonings and grain alcohols such as beer, gin or vodka.

PRO3 contains 3 peptidases which are enzymes that can degrade or split the long chain protein molecules into smaller free form peptides that can be absorbed by the body without the immune system attacking them. It contains both endopeptidases (able to split the middle portion of the molecule) and exopeptidase (able to cleave off the end portions of the gluten molecule that have particularly strong bonds.) This is the main enzyme capable of splitting the gluten molecule and is known as DPP-IV or dipeptidyl peptidase IV. In healthy individuals this enzyme is secreted by the microvilli of the small intestine to break down protein molecules, including milk proteins. The 3 peptidases in PRO3 are effective in pHs of 2-8.5. That is stomach acidity to bile alkalinity.

Warning: Do not use if you have a known allergy to Aspergillus enzyme proteins. If pregnant or breast feeding or have a known medical condition (especially Galactosemia) consult your health care practitioner before using.

100%
"This product works well for me, especially when eating wheat. My digestion has improved since using it."
Donna Lucas-Mudd | Posted 18 days ago | Read full review

Capsules
Recommended dose 4 capsules at the start of a meal. Capsules may be pulled apart and ingredients mixed with food. The stated recommended dose can be changed as directed by your healthcare practitioner. Do not exceed this recommended dose. Consume within 3 months of opening.

WARNING
Do not use if you have a known allergy to Aspergillus enzyme proteins. If pregnant or breast feeding, consult your health care practitioner before using. This product should not be used as a substitute for a varied diet.