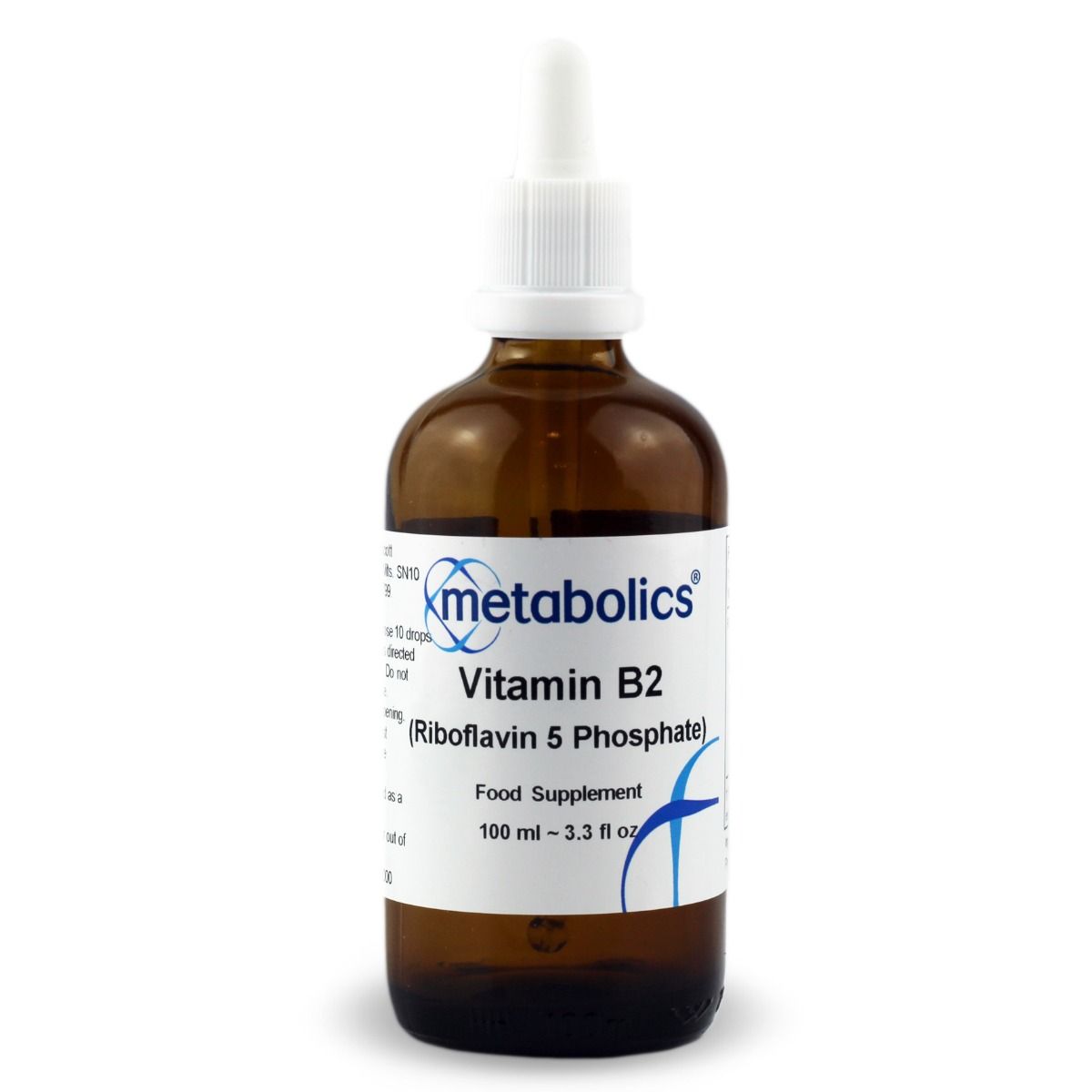 Vitamin B2 is one of the 8 water-soluble B vitamins, meaning the body cannot store them. Riboflavin is destroyed by light and heat and in an alkaline medium. It is absorbed in the upper part of the small intestine, is increased with food and delayed on an empty stomach. There is decreased absorption in cases of gall bladder or liver disease and are associated with decreased dietary intake of meat and dairy products. Folate and Vitamin B6 (Pyridoxine) need R5P for conversion to their bioavailable forms, Methyltetrahydrofolate and Pyridoxal 5 Phosphate respectively.

The active forms (the forms in which the body uses them) of Riboflavin are synthesised in the mitochondria, forming Riboflavin 5 Phosphate which is then converted further to Flavine Adenine Dinucleotide (FAD) Metabolics Vitamin B2 is in its bioavailable form Riboflavin 5 phosphate.

What does Vitamin B2 do?

Deficiency of Vitamin B2

Clinical signs and symptoms may appear 3-8 months after deficiency. These include sores at the corners of the mouth, sore tongue, dermatitis numbness of the hands or decreased sensitivity to touch, temperature and vibration and visual changes. There may be the tiredness and fatigue associated with anaemia. Alcohol decreases the bioavailability and absorption of riboflavin.