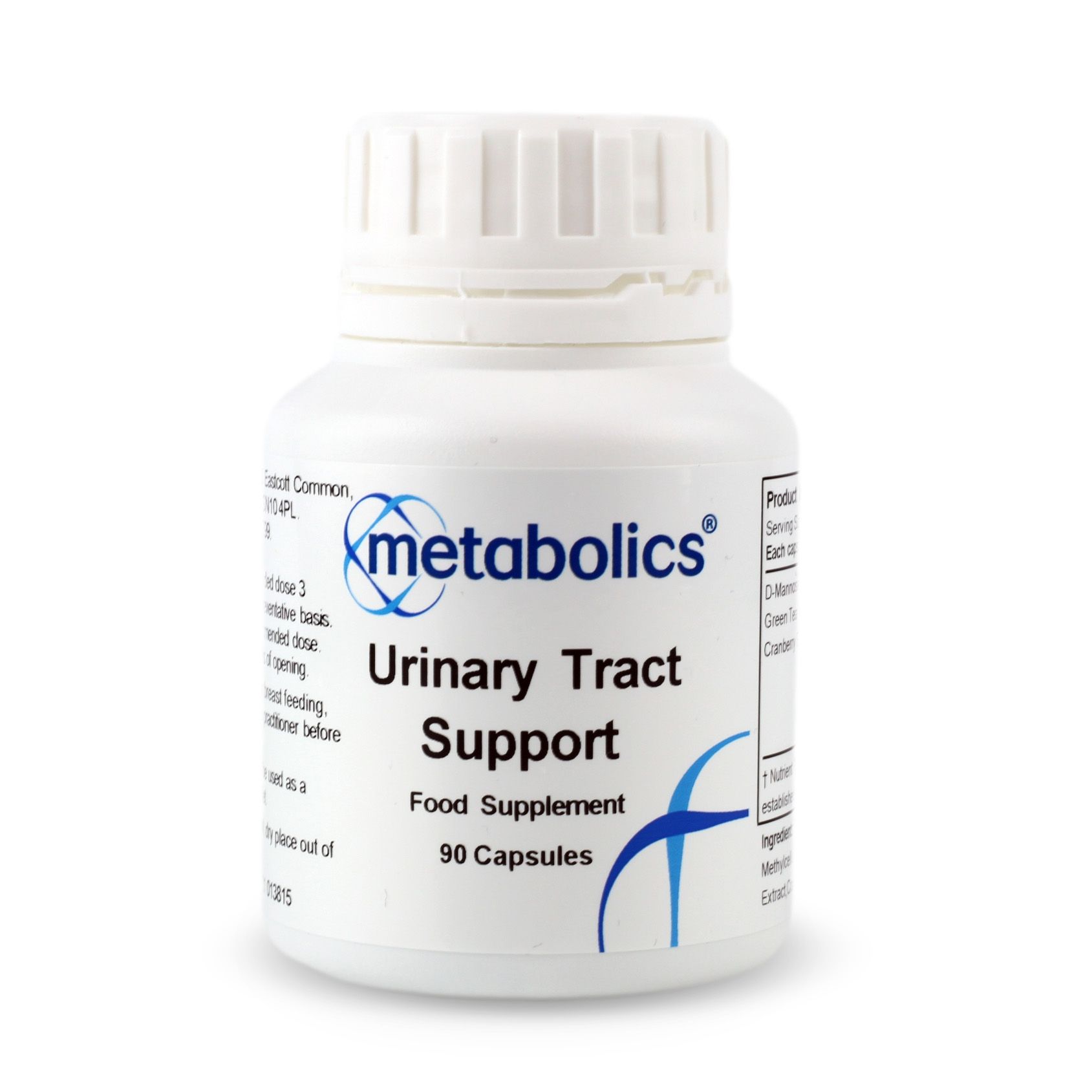 Metabolics Urinary Tract Support supplement is a combination of ingredients designed to maintain health in the Urinary tract or bladder.

Urinary tract or bladder infections can occur in men, but are more common in women. Children can also suffer. The infection may be in the bladder, urethra, kidney or ureters. Infection of the bladder is known as cystitis and of the urethra, urethritis.

Symptoms of a urinary tract infection (UTI) may include urinary infection, supra pubic pain and dysuria (pain on urination), which can be a distressing searing or burning pain.

Resistance to antibiotics, or sensitivity to contraceptive chemicals or soaps, may make it easier for a pathogen to take hold.

Metabolics Urinary Tract Support formula is a combination of ingredients designed to maintain health in this area.

Cranberry juices are traditionally recommended for urinary infections. However, any beneficial effect may be negated by the sugar that is added to commercial juices. Research suggests (Liu, et al., 2008) that the mechanism of action of cranberries is to decrease the attachment of bacteria to uroepithelial cells, thereby preventing the bacteria from adhering to the cells of the bladder.

Mannose is a natural sugar that many women use to control urinary infections and cystitis. It has a similar structure to glucose, but is not metabolised well in humans.

Most urinary infections are caused by the bacteria E. coli, which exists naturally in the intestines. If E. coli tracks to the bladder, an overgrowth can result in urinary infection and the burning symptoms of cystitis.

D-Mannose is found in small amounts in the body and, when taken in larger quantities, is processed from the intestines through to the kidney and bladder. In the bladder, it coats the bladder walls and the E. coli sticks to it. The bacterium is then flushed out along with the Mannose when the bladder next empties. Mannose can eliminate UTI symptoms caused by E. coli in 24-48 hours.

Green Tea contains EGCG and EGC, both of which have anti-microbial effects against E. coli. EGC has also been shown to be excreted in the urine in a high enough concentration to be an effective anti-microbial (Reygaert and Jusufi, 2013).

WARNING
If pregnant or breast feeding consult your health care practitioner before using. This product should not be used as a substitute for a varied diet.