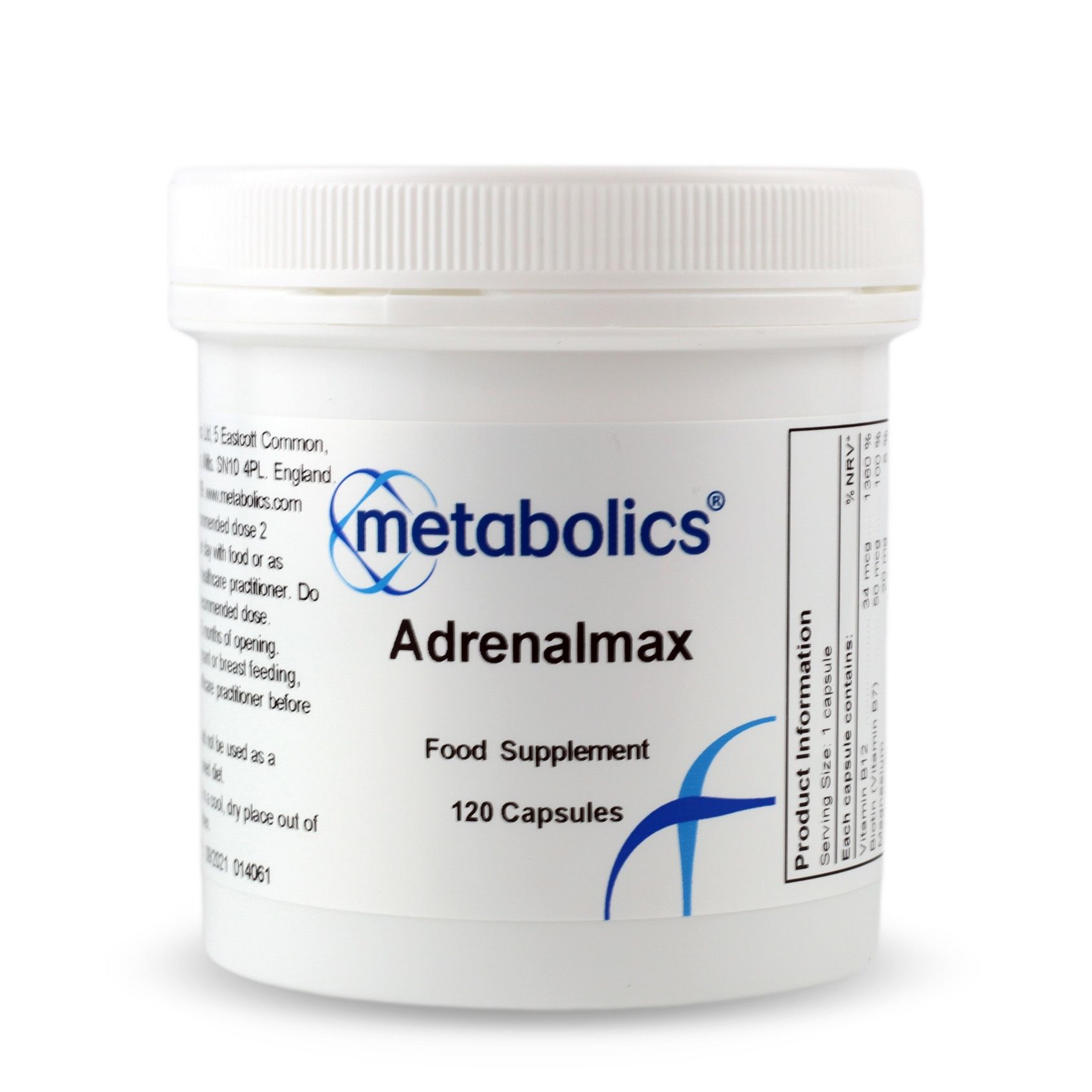 The Adrenal glands are vitally important as they deal with stress we experience in day to day life.

The Adrenal glands are 2 small walnut sizes glands that lie just above the kidneys. They are really important as these are the glands that deal with stress, physical (injury or exercise), emotional, or biochemical (temperature changes, infections, toxicities).

The adrenals produce over 50 hormones including adrenalin and noradrenalin, as well as the steroid hormones - glucocorticoids and mineralocorticoids. Adrenalin raises the heart rate, resulting in that “nervous” feeling. Glucocorticoids including cortisol, help stabilise your blood sugar and help your body convert food to energy, while mineralocorticoids, including aldosterone maintain a normal blood pressure and volume by balancing sodium and potassium. The adrenals are also involved with oestrogen and testosterone production.

The adrenals are poised for the “fight or flight” response and these 3 groups of hormones act together to increase your heart rate and the blood flow to your muscles and brain, as well as to slow down the digestion so that the body can prepare to run or fight!

In today's modern life we are all continually exposed to stress in all it's form: emotional stress (from work or relationships), toxic stress (from our environment), inadequate or excessive exercise or poor sleep and poor diet and nutrition. Chronic allergies and inflammation also add to our body’s stress loading.

Initially under stress the adrenals produce more hormones to compensate (Hyperadrenia) but over time they struggle to keep up and go into a state of exhaustion.

Symptoms can include extreme tiredness and weakness, quality of sleep is poor and the person still feels exhausted upon waking. Irritability, depression and poor concentration/memory are also common. The immune system may be impaired, resulting in recurrent infections. There may be cravings for salty foods, caffeine, fatty foods or sugars and that inevitable dip in energy and all consuming tiredness between 3-4 o'clock. The person may get dizzy on getting up quickly as their blood pressure cannot compensate fast enough for the change in position (due to low aldosterone) or they may need to get up at night to urinate. They may also experience hormonal imbalances including an increase in PMT symptoms and reduced libido as the cholesterol break down, especially after mid life into progesterone and testosterone may be reduced.

Weight gain due to high cortisol. Cortisol will convert proteins to glucose that then becomes additional fuel. This causes an increase in blood sugar levels and a rise in blood pressure. As blood sugar levels rise the unused glucose is stored as fat once the stress is over, resulting in weight gain, particularly abdominal fat

Hans Selyes model of adaptation to stress which we are all familiar with, that is, alarm reaction (elevated cortisol), resistance (stress is prolonged) and the adrenals use other hormones such as pregnenalone to make cortisol which may be normal or high in this phase and DHEA may be low - resulting in decreased conversion to testosterone. Finally the exhaustion stage with low cortisol and low DHEA - commonly referred to as "adrenal fatigue".
However this model is out dated by neuroendocrinimmunology, which looks at the overall relationship between the nervous, endocrine, and immune system and how they talk to each other through hormones and neurotransmitters.

Metabolics Adrenalmax contains a proprietary blend of the following ingredients:

Olive leaf contains Oleuropeins. Oleuropeins have been shown to increase adrenalin and noradrenalin production as well as enhance thermogenesis (the generation of heat from the metabolism of fat cells).

Green Tea contains EGCG (epigallocatechin). EGCG is a polyphenol that appears to send messages to our genes to create more antioxidants or alter the body’s response to environmental stress.

Choline is needed for normal lipid metabolism, liver function and homocysteine metabolism. It is found in all cells and is the precursor to acetyl choline, a neurotransmitter for normal brain function.

Betaine is important in the synthesis of the neurotransmitters dopamine and serotonin, which control the mood. Without dopamine, people feel unmotivated, fatigued and depressed. When dopamine is released we feel happy and experience pleasure so it is vitally important to have enough Betaine to allow the formation of Dopamine to replace the fatigue. Alcohol, sugar and caffeine all of which a sufferer of adrenal syndrome will crave, all deplete the brain of dopamine furthering the need for Betaine. Betaine is also a cofactor in methylation, required for synthesising serotonin, which also contributes to feelings of well being and happiness and of course methylation is required for the biosynthesis of Coenzyme Q10, the prime function of which is to produce energy.

Magnesium. It has been said that 80% of the worlds population is deficient in Magnesium. Magnesium, not only contributes to electrolyte balance, normal functioning of the nervous system, normal muscle function, protein synthesis, cell division, bones and teeth but, importantly, normal psychological function and normal energy yielding metabolism, which is so important in those people with adrenal exhaustion.

L Theanine. This is an amino acid found in tea, which is produced in the roots and moves to the leaves, where it becomes catechins when exposed to sunlight. . Electrical waves in the brains of volunteers were measured before and after being given L Theanine. There was an enhanced alpha brain wave frequency, which occurred both at rest and during activity. These brain waves are associated with relaxation of the mind without causing drowsiness. L Theanine can also cross the blood-brain barrier and also works antagonistically against high doses of caffeine (again, someone suffering from adrenal stress is more likely to crave coffee).

L Taurine is found in higher concentrations in the retina, adrenals, heart and spleen.

Vitamin B12 ( Methylcobalamin). B12 helps in the formation of red blood cells, for better oxygen utilization for neurological function and DNA synthesis. It also helps with energy production by breaking down fat and protein. The main symptoms of B12 deficiency are tiredness and lethargy. B12 functions as a ‘methyl donor’. A methyl donor is a compound that carries and donates methyl groups (a molecule of one carbon and 3 hydrogen molecules) to other molecules including the components of cell membranes and importantly neurotransmitters. As such, Vitamin B12 plays an important role in correct energy metabolism, immune function and nerve function. It is also important in homocysteine metabolism. An interaction between adrenals/pituitary and ovaries as a result of a B12 deficient diet showed an action site at the pituitary/hypophyseal axis.

Vitamin C. Both studies with guinea pigs and humans suggest that the adrenals are a location of high amounts of vitamin C. Most interestingly, the studies involving humans demonstrated that vitamin C is secreted from the adrenals in response to stress.

It is important to include this formula as part of a stress management program that includes a healthy eating; Mediterranean type diet, eating small meals regularly and often, and replacing refined carbohydrates, alcohol, sugar and caffeine with nuts, seeds, vegetables, green tea and good sleep!