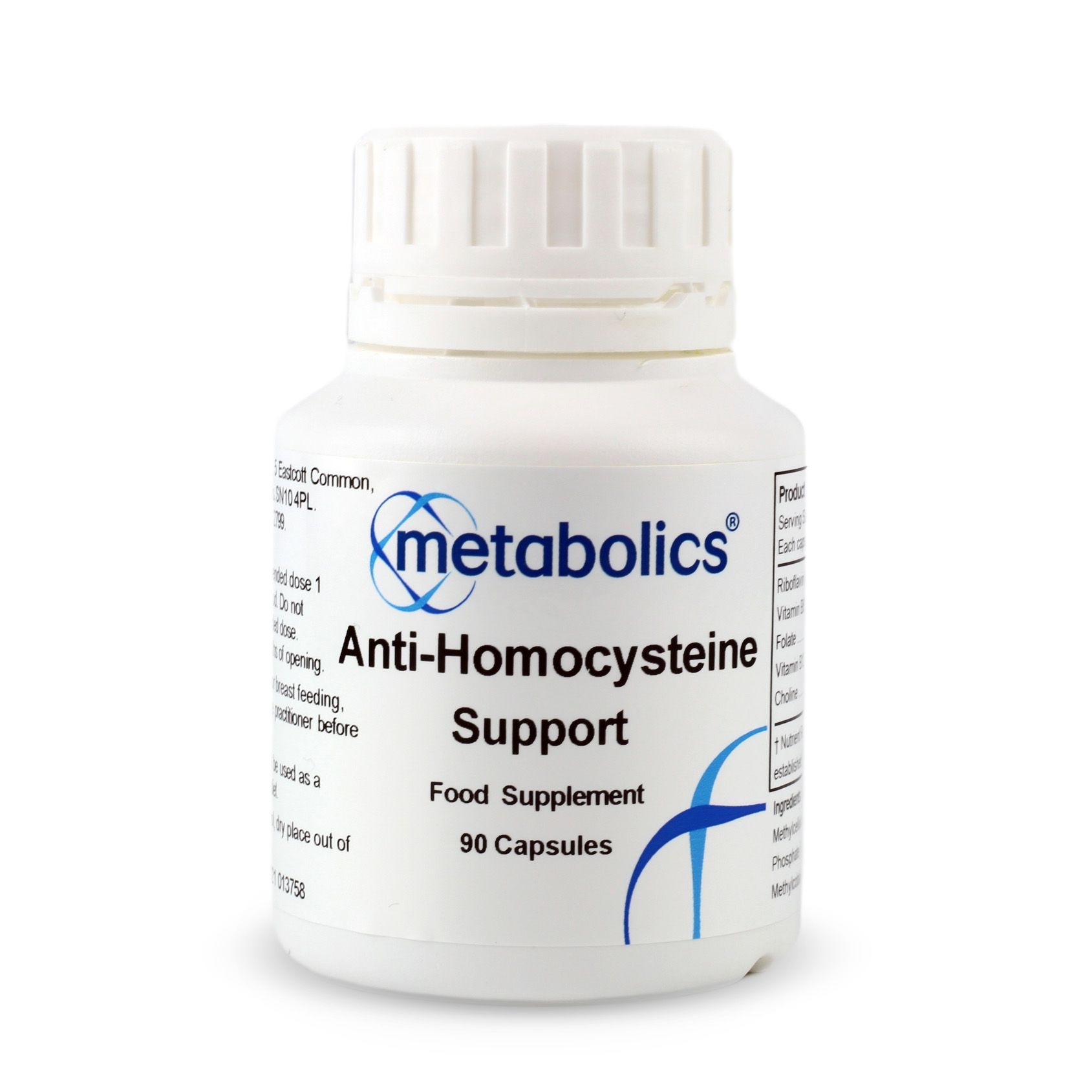 A proprietary blend of Choline, Vitamin B6, Vitamin B2, Vitamin B12 and Folate.

It is highly recommended that 4 Metabolics Betaine capsules be taken in addition to the Anti Homocysteine Support to optimise the beneficial effect of decreasing homocysteine levels. Betaine acts as a methyl donor in remethylation of homocysteine in the liver by the enzyme betaine-homocysteine methyltransferase.

Homocysteine is a chemical in the blood that is produced when the amino acid methionine is broken down.Everybody has some homocysteine in their blood but elevated levels (known as homocysteinemia) can cause serious health problems including atherosclerosis or hardening of the arteries associated with heart attack or strokes and thrombi or clots in the veins. However it is poorly understood how homocysteine exerts its damaging effects. It has been hypothesised that homocysteine has a toxic effect on the innermost layer of cells of the blood vessels, creating irritation.Elevated homocysteine levels are measured through routine blood tests and typically a value of less than 13 μmol/L is considered normal , 13-100 μmol/L is considered moderately elevated and 60-100 μmol/L is highly elevated and greater than 100 μmol/L severe. Homocysteine levels appear to be higher in males, the elderly, smokers and caffeine users.

100%
"I believe that these help."
Linda Hellaby | Posted 1 month ago | Read full review 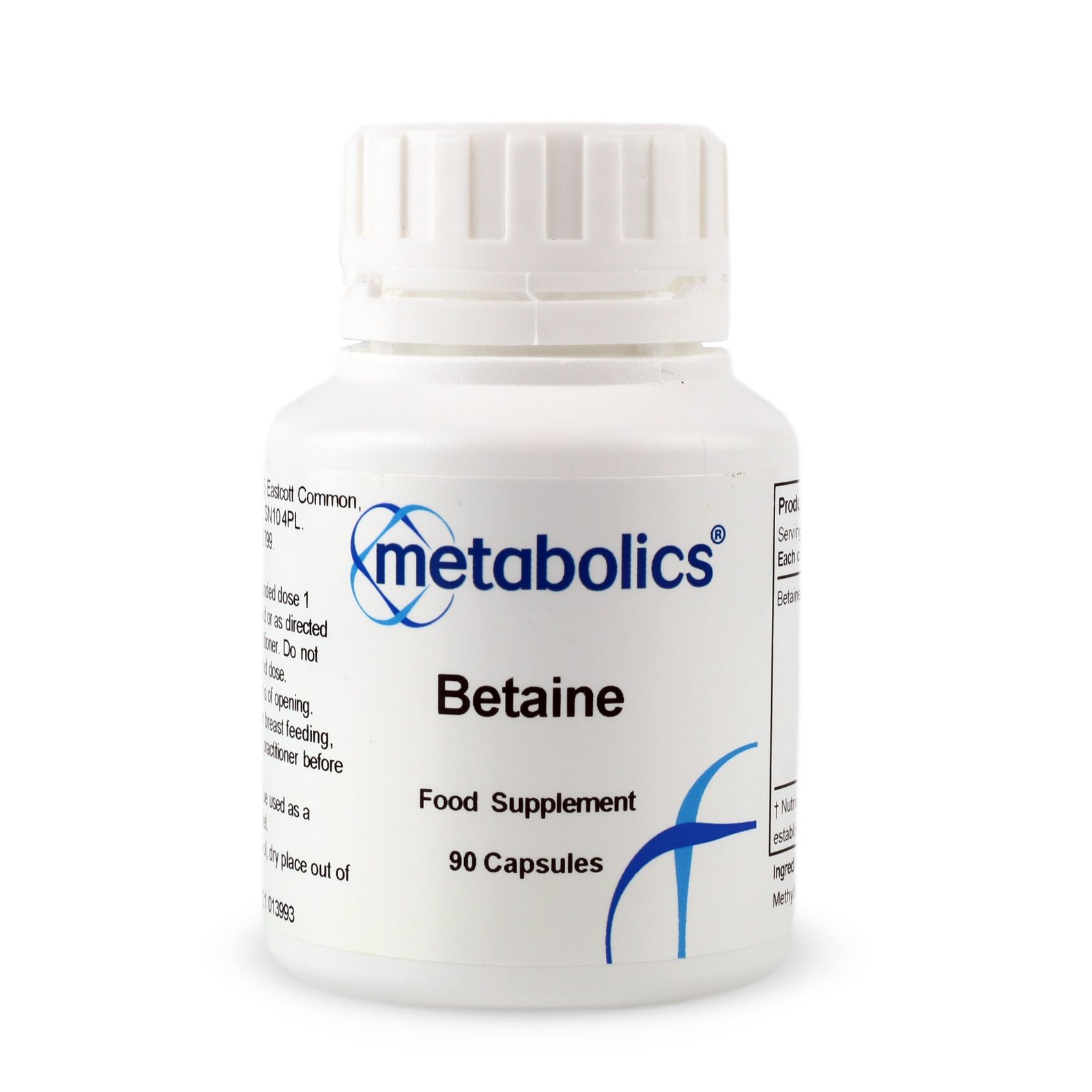 Betaine HCl (Pot of 180 capsules)
100%
(2)
IN STOCK
Hydrochloric acid is naturally produced in the stomach and aids the digestion of proteins.
£22.03

Betaine HCl (Pot of 180 capsules)
100%
(2)
IN STOCK
Hydrochloric acid is naturally produced in the stomach and aids the digestion of proteins.
£22.03