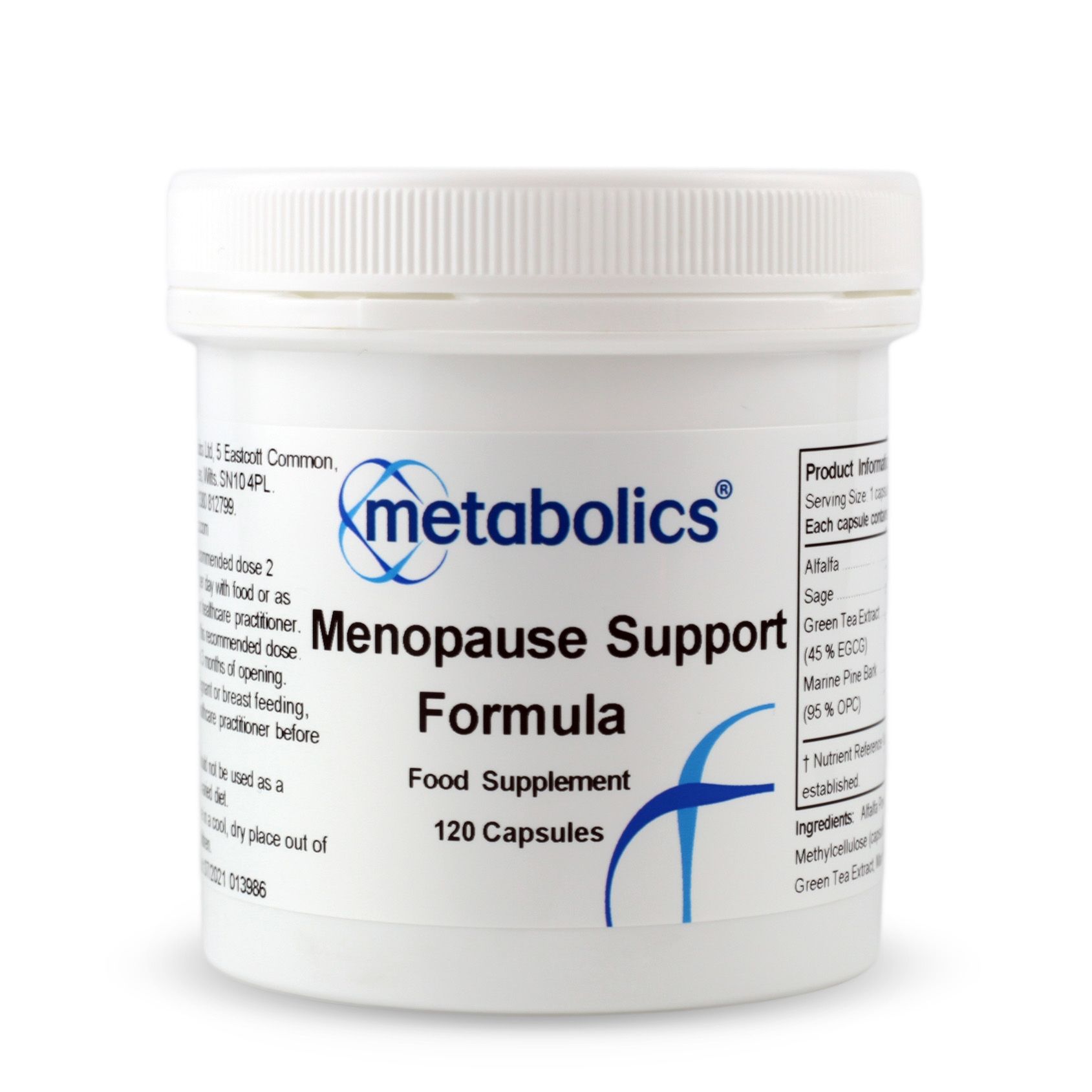 There are four natural ingredients that have been combined in my Menopause Support formula, having been shown to have positive results in decreasing hot flushes and night sweats and improving symptoms of the overactive bladder associated with menopause.

Although Sage has traditionally been used for years to treat sweating and menopausal flushes, in June 2011, the first published clinical trial demonstrated that the mean number of intensity related hot flushes significantly decreased by 50% within 4 weeks and 64% in 8 weeks. The mean number of mild, moderate, severe and very severe decreased over 8 weeks by 46%,62%,79% and 100% respectively. And lastly the Menopause Rating Scale as evaluated by the treating physician decreased by 43%, 43%, 47% and 20% respectively.

Studies have previously been done using Sage and Alfalfa, in 30 women the hot flushes completely disappeared and the other 10 in the study showed a decrease in symptoms concluding that the combination was an effective treatment, without side effects for Hot flushes.

This has been included as the EGCG in Green tea has been shown to improve a menopause induced overactive bladder. Post menopausal women may experience an overactive bladder or stress incontinence. Research in a rat model demonstrated that Green Tea extract could reverse bladder dysfunction in a dose dependent fashion.

After menopause women’s LDL ( bad cholesterol) level tends to rise, this is the main source of cholesterol build up and potential blockage in the arteries. Although high cholesterol itself does not cause symptoms, it is important to lower it to reduce the chance of heart attack or heart disease. Double blind , randomised placebo controlled studies in postmenopausal women suggest that EGCG has beneficial lowering effects on LDL cholesterol, and had therefore been included in Menopause support product.

Alfalfa contains phytoestrogens and is rich in magnesium, calcium, vitamins A, B6, B12 and D and has traditionally been used for helping women with menopause symptoms for centuries. It has been shown to be effective at reducing hot flushes and night sweats when taken with sage.

Phytooestrogens have weaker effects than most oestrogens and are easily meatabolised and eliminated by the body. Research has shown that they tend to have an affinity for receptors between a hundredth and a thousandth that of the bodies naturally produced oestrogens. ( 100- 1000 x less potent than oestrodiol) Coumestrol , in alfalfa is a relatively more potent phytoestrogen than the genistein found in soy

The Alfalfa used in the Metabolics menopause formula is non GM. This is important as so much alfalfa is grown with the Roundup resistant gene that is causing so much controversy in the USA.

This product replaces Wild Yam Cream. If you need more information, please get in touch.