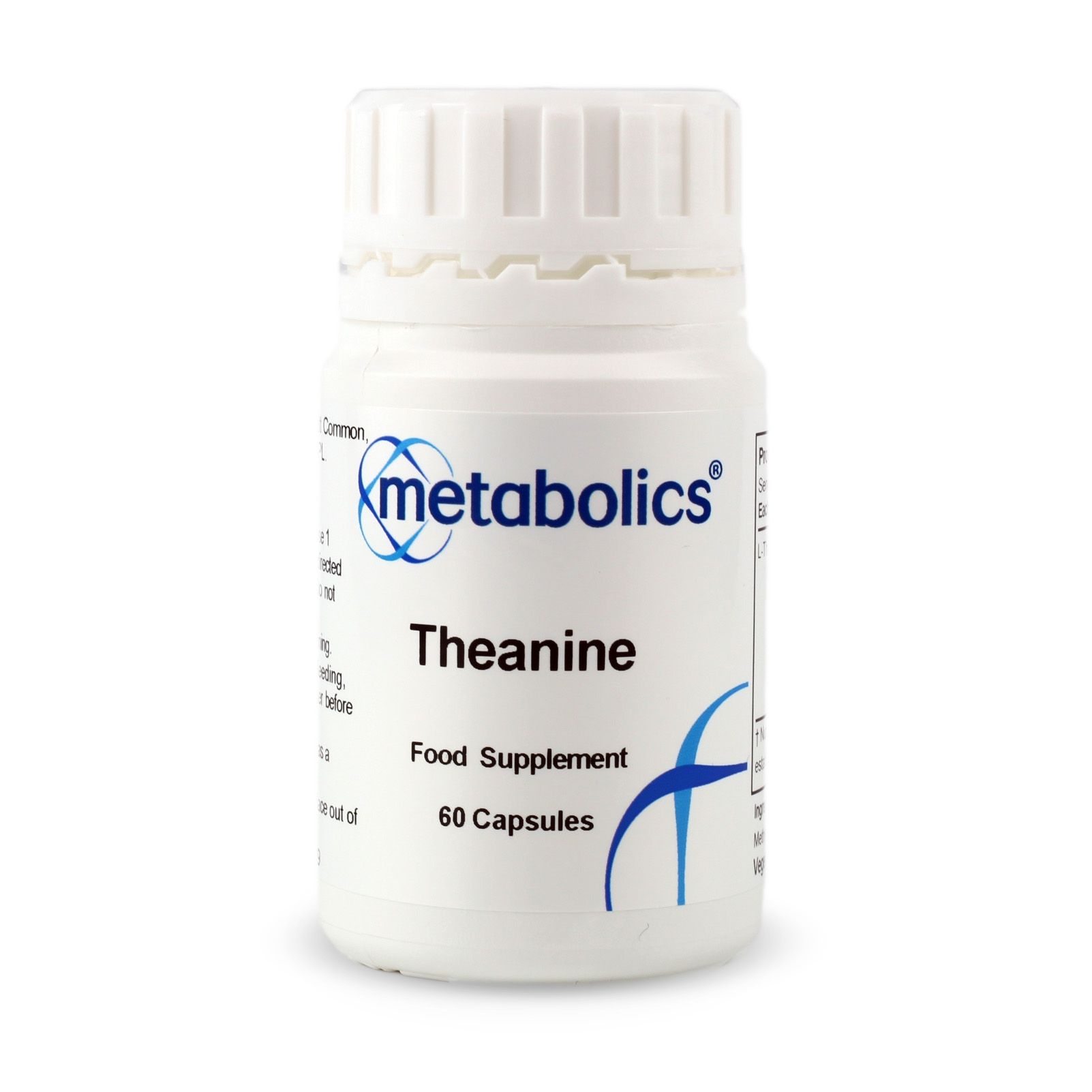 Theanine is an amino acid produced in the roots of the Green Tea plant.

What is Metabolics Theanine?

Theanine is an amino acid found primarily in green tea (Camellia sinensis), but also black tea and certain types of mushroom (Boletus badius). It was identified in tea by Japanese scientists in 1949.

Theanine has a chemical structure very similar to glutamate, a naturally occurring amino acid in the body that helps transmit nerve impulses in the brain. It can cross the blood-brain barrier and increases GABA (Gamma-aminobutyric acid), which promotes relaxation and helps create a sense of well-being. It also elevates levels of the neurotransmitters serotonin and dopamine, which influence mood, sleep, and emotion, and cortisol, which helps the body deal with stress.

What is Metabolics Theanine for?

Theanine is most known for helping you relax. In times of shock or sudden stress we often offer a ‘nice cup of tea’ for a calming effect. Despite containing caffeine, tea is not considered a stimulant and it is thought that the amino acid Theanine in the tea cancels out this stimulating effect, leading it to promote relaxation without causing drowsiness.

Theanine is also linked with having effects on attention and cognitive performance together with a synergistic relationship with caffeine. The combination of Theanine with caffeine has been shown to promote faster simple reaction times and faster numeric working memory reaction time as discussed in the paper, “The combination of L-theanine and caffeine improves cognitive performance and increases subjective alertness”.

The effects of l-theanine, caffeine and their combination on cognition and mood have also been explored by researchers at the Human Cognitive Neuroscience Unit, Division of Psychology at Northumbria University and have found that caffeine and theanine has substantial cognitive and mood effects when consumed in combination.

Who is Metabolics Theanine for?

Whilst drinking green tea is a dietary source of L theanine, the amount is unpredictable. Generally, two to three cups of green tea may contain between 30 and 50 mg of theanine but this depends on the specific leaves being used and the brewing method.  Taking Metabolics Theanine supplement delivers a measured dose. This can be used for when you need to relax without drowsiness, ease stress and reduce anxiety. There is also increasing research suggesting L-Theanine promotes improved mental focus and better sleep quality.

Why use Metabolics Theanine

We use the L-form of Theanine, which is more readily absorbed than d-Theanine.

Unlike some food supplement manufacturers, Metabolics prides itself on formulating and manufacturing its products as few ingredients as possible, so that only the active ingredients are used where possible. Metabolics Theanine is a single filled capsule, so you only have the active L-theanine ingredient and the capsule itself.

As a result, this is also means that this product is suitable for vegetarian and vegan diets.