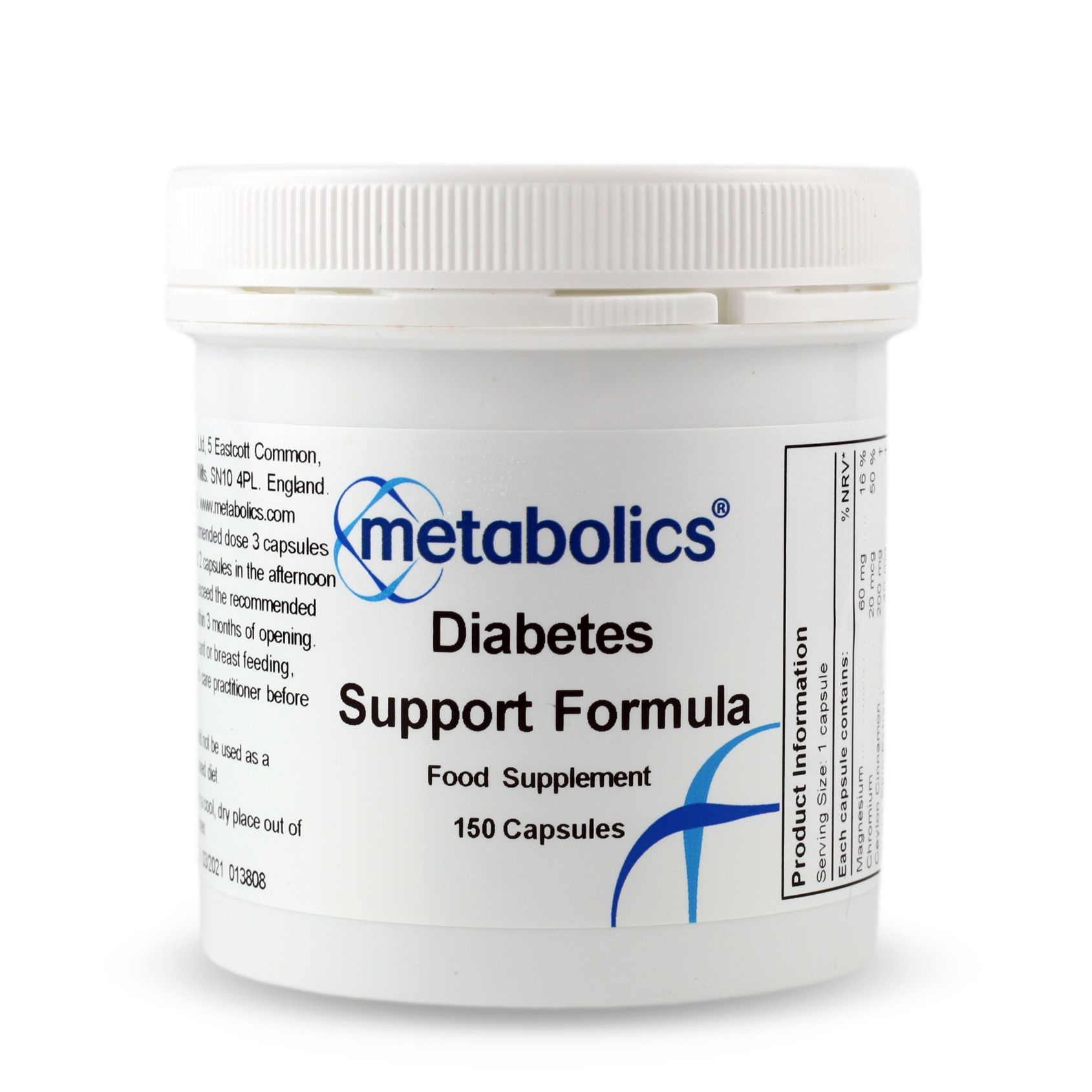 What is Metabolics Diabetes Support?

Diabetes Support is formulated with a combination of ingredients designed to help nutritionally support your blood sugar levels.

It is well reported that some foods can help support blood sugar levels.

Ceylon Cinnamon is an aromatic spice obtained from the bark of several species of Cinnamomum trees. The bark itself is dried and curls up to yield cinnamon sticks, which can then be processed into a powder. It contains a large number of antioxidants, which are important as they help the body reduce antioxidative stress. This is particularly important as there have been studies indicating that oxidative stress is implicated in the development of chronic disease.

It is suggested in nutritional studies that cinnamon may help lower blood glucose by increasing insulin sensitivity and making insulin more efficient at moving the glucose into cells.

There are two types of cinnamon, Cassia and Ceylon. Cassia can be derived from Cinnamomum cassia tree, also called Cinnamomum aromaticum. Ceylon, or “true cinnamon,” is native to Sri Lanka and southern parts of India. It’s made from the inner bark of the Cinnamomum verum tree.

Metabolics uses Ceylon cinnamon as, although it is more expensive, it contains a higher level of antioxidants.

Magnesium Bisglycinate plays a role in helping your body convert glucose from your food into energy. Insufficient magnesium in your body can mean your cells become less effective at using Insulin.

When large amounts of glucose are present in the body, the kidneys will compensate by getting rid of this by increasing the urinary output. Magnesium is also lost through this increased urinary output.

You should eat green leafy vegetables such as spinach, brown rice, whole grain foods to naturally increase your magnesium level and you can also support this through supplementation.

There are studies who have shown that those taking a regular intake of magnesium show a 22% lower risk of developing type 2 diabetes than those who consumed less magnesium.

Chromium picolinate is an essential mineral that can be lost in processed foods. It plays a beneficial role in the regulation of insulin action and its effect on carbohydrate, protein and lipid metabolism.

According to some studies, chromium picolinate can have significant effect on insulin levels and improve blood sugar metabolism in those with type 2 diabetes.

Dietary chromium is poorly absorbed and supplements with 200 mcg -1000 mcg chromium as chromium picolinate have been found, as suggested in this 2004 diabetes study, to improve blood glucose control.

Grape Skin Extract and Grape Seed Extract (Vitis vinifera) contain numerous polyphenols, including resveratrol, quercetin, catechins and anthocyanins. They are a rich source of naturally occurring antioxidants and contribute to a healthy blood pressure. They have shown potential for providing health benefits for the management of diabetes, as has been discussed in this article by Diabetes.co.uk.

Turmeric (95% Curcuminoids) made from the ground roots of the turmeric plant are said to play a role in blood sugar management according to this 2013 diabetes review. Turmeric’s active component is curcumin. Because of its anti-inflammatory and antioxidant benefits, turmeric, or curcumin, may help with blood sugar management.

Piperine from Black Pepper extract is included to enhance the bioavailability of the nutrients in this formulation.

What is Metabolics Diabetes Support for?

Diabetes is a condition characterised by abnormally high blood sugar levels. People with type 2 diabetes have cells that are desensitised to insulin (insulin resistance). This, twinned with the fact the pancreas often stops releasing sufficient insulin, makes blood sugar levels in such individuals difficult to control.

People with diabetes have to manage it well by eating a healthy diet, engaging in exercise and maintaining a balanced lifestyle.

Who is Metabolics Diabetes Support for?

Those looking for nutritional support to help them maintain normal blood sugar levels and for those with conditions such as diabetes to help support them in their blood sugar regulation efforts through nutrition and diet. As with all food supplements, it is recommended to check with a healthcare advisor if you are taking medication.

Why use Metabolics Diabetes Support

This product is suitable for vegetarian and vegan diets.

If you are taking any medications with existing conditions such as diabetes, consult your healthcare practitioner.

Food supplements made to GMP standards.