A new study, reported in this article from WebMD, suggests that vitamin D could be hugely important in building muscle strength as we get older.

The study looked at more than 4,100 people aged 60 and over in England and found that about four in 10 of those studied with vitamin D deficiency also had muscle weakness; this is a figure twice the level found in those with adequate vitamin D levels.

The study’s authors noted that vitamin D deficiency significantly increased a person’s chances of having impaired muscle strength and performance. This is particularly important as muscle strength plays an important role in healthy ageing and reducing the severity of falls and the likelihood of injuries in older age.

Concern over B12 deficiencies

Following the increasing interest in vitamin B12, or cobalamin, in the media, as a result of a rise in the popularity of veganism and the release of controversial Netflix film The Game Changers, the World Health Organisation has warned of the dangers of B12 deficiency.

It’s reported that as many six percent of people in the US and UK are deficient in vitamin B12, something that can lead to extreme tiredness, lack of energy, muscle weakness and even irreversible nerve damage. As deficiency is frequently misdiagnosed because the symptoms are similar to that of depression and anxiety, huge numbers of people can go unaware of their condition, according to this article by ScienceAlert.

Vitamin B12 can be found in a range of animal by-products such as meat, fish and dairy, which makes it more difficult for vegans to get enough B12 from diet alone. Instead, they must ensure they are meeting the required levels through fortified foods such as cereal, breads and plant milks fortified with B12 or nutritional supplements. 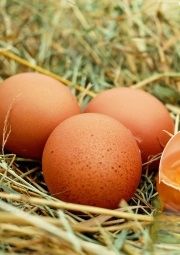 Increasing awareness of the importance of choline

Another essential nutrient that is getting increasing coverage in the media and awareness publicly is choline. As more nutritional studies come out illustrating the nutrient’s health properties and benefits, such as its contribution to normal homocysteine metabolism, normal lipid metabolism and its role in the maintenance of normal liver function, more people are considering their choline intake to ensure they’re getting enough in their diet.

The article ”Choline awareness is ramping up thanks to growing research, Balchem says at SupplySide West 2019” suggests that as many as 90% of people may not be getting enough choline.

As there is such a rapid increase in knowledge in the importance of choline, many nutritional experts and associations are calling on governments to establish recommended daily amounts to encourage more people to consider their intake and stay healthy.